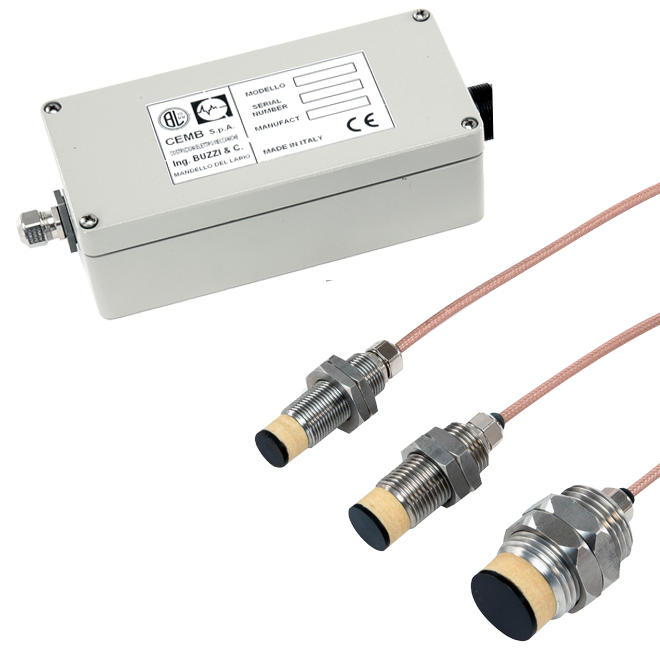 The principle of operation is based on the generation of an high frequency field, radiated by the probe, which induces an eddy current in the target facing to the probe itself. The intensity of this eddy current depends directly on the probe air gap and it is converted into an electrical signal processed by the converter.

The T-NC transducers detect the displacement of a target facing to the sensor. The different dimensions of the sensor allow its application for the detection of different measuring ranges.

The transducer is used for no-contact measurement of displacement and expansion of rotating machines.

The probe structural features allow its installation in a particularly heavy environment, with the presence of steam, oil and aggressive agents (typically on steam turbines, gas turbines, compressors, etc.).

These transducers are composed of a ST-NC/16, ST-NC/20 or ST-NC/30 probe and a CT-CN converter contained in a die-cast aluminium housing, complete with a connector (according to MIL standards) for the connection of the transducer to the acquisition system